Catuaba bark is a well-known plant-based aphrodisiac in Brazil. The interaction between catuaba and testosterone is often touted in herbal medicine, but is it really a testosterone booster?

Catuaba is a health preparation comprising infusions of barks from many native Brazilian trees. It is thought to be a male vitality enhancer.

A little less than ten years ago, when I first became interested in exploring ways to naturally boost testosterone levels, I tried a regimen where I cycled different testosterone booster supplements daily. This meant that, on every day of the week, I took a different supplement.

As I wrote in my article about tongkat ali and testosterone, the cycling didn’t go very well for me; but anyways, catuaba was one of the herbs I used in that cycle.

I included catuaba in my routine because I had read on a testosterone blog that this Bark thing is the bomb, and it will definitely raise testosterone levels. Now as I’m a bit older, it’s easy to say that not everything on the internet should be believed…

What the studies say about catuaba bark 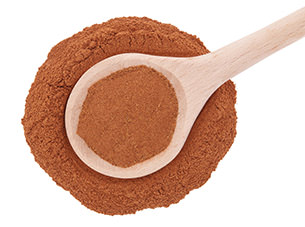 In a few animal studies, catuaba has been found to have some antiviral and antibacterial properties, but its impact on hormonal functions or sexual well-being has not been studied in humans. (1)

A 2005 rodent study from Brazil found that catuaba increased the release of serotonin and dopamine in the brains of mice and rats. The researchers stated that catuaba could thus have antidepressant-like effects. (2)

In addition to this, a 2004 study assessed the purity of 14 different catuaba products. The result of this Austrian study showed that most of the supplements did not include the contents that were displayed on the labels. Moreover, the researchers added that the preparations were often made from trees that, in reality, should have nothing to do with catuaba. (3)

A toxicology study with healthy human volunteers did not find any adverse effects from a month-long daily administration of a catuaba supplement. (4)

Conclusion on catuaba and testosterone

The truth is that the interaction between catuaba and testosterone levels has not been studied. This doesn’t mean that catuaba couldn’t have an effect on testosterone production in men, but I feel it is unlikely.

Catuaba is available on Amazon and it actually has quite many positive reviews regarding libido and erectile function. I don’t remember it having those effects on me, but it has been many years since I last tried it.

If you are interested in herbal testosterone boosters, I would take a look at ashwagandha, mucuna pruriens or tongkat ali; the T-boosting abilities of these natural supplements are actually backed up by studies. Throwing money at catuaba would, in my opinion, probably be a waste of money.

Tongkat Ali: A Herbal Testosterone Booster That Walks the Walk